The 11.6 release simplifies working with Virtual Machines for repackaging or testing your installers. Create VM profiles containing your virtualization preferences then reuse them every time you need. Automate the UI interaction for even quicker testing of your installers in VMs. 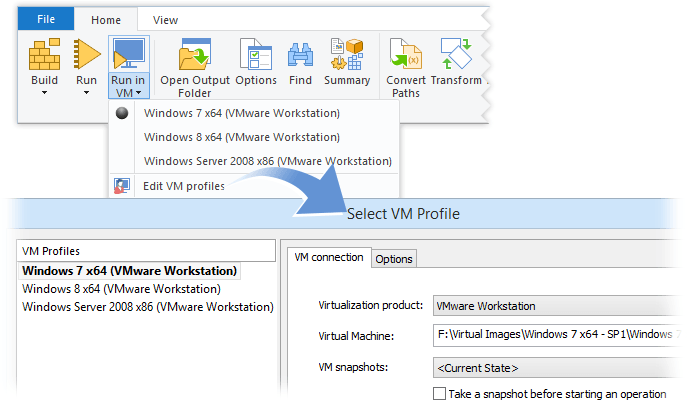 Advanced Updater enjoys improved security with the ability to verify and install only digitally signed updates. Also check for updates every time your application is launched, without writing a single line of code.

Finally, you can automatically pin shortcuts to taskbar in Windows 7, 8 and 8.1.