If you are in the software packaging business, you might have heard of WIX bootstrapper. This was released by Microsoft back in 2004, and it was the first ever open source license project for them.

Many people might not know this, but some big and popular packages from Microsoft were built with WIX, like Office 2007, Visual Studio 2005/2008, SQL Server 2005, and others.

But what is WIX? Well, WIX stands for Windows Installer XML, and unlike other software packaging tools that we are used to with a graphical interface, WIX uses a different approach when it comes to this. You can look at WIX more like a programming tool, because it uses XMLs, like in its definition, to declare and define what elements are inside a package and what exactly happens during an installation.

As with any other software out there, WIX has its strengths and weaknesses. The pros are:

Some of its cons are:

WIX offers you the possibility to create an MSI from scratch using the wxs files, but for this article, let’s try to create a simple bundle of two MSIs.

First, we must get the latest WIX toolset from here. We are using the latest stable one at the moment, and that is 3.11.1.

After the installer is downloaded, double-click on it and install it as default. This adds all the files needed to work with WIX in %ProgramFiles(x86)\WiX Toolset v3.11\.

After that, we create two blank MSI’s and place them in a folder, for example, C:\WIXBundle. In the same folder, create a new text file and name it “bundle” with the wxs extension (bundle.wxs).

Open the text file in your desired editor and paste the following code:

As previously stated, this file has an XML structure, and there is certain required information that you must place in order to create a bundle.

First, we need to add a <Bundle > element. This MUST have the Version, Manufacturer, and UpgradeCode defined. In our case, we made the bundle Version 1.0, with a Test Manufacturer and a random UpgradeCode.

In our case we use the Standard Bootstrapper Application and this is defined in the file as:

Next, we add the chain of applications that we want to bundle. These can be added directly under the <Chain >element, or we can put a <PackageGroupRef >inside the chain to reference a shared package definition.

Because we use MSIs, we go with the MsiPackage type in the XML and specify only where the source files are present, leaving all the other attributes as default.

Now that we have the bundle configured as desired, we must build it. In the same folder with the bundle.wsx file, create a new batch file and save it as makebundle.bat.

Inside the batch file paste the following code:

As you can see, we have two lines in our batch file. The first line is targeting candle.exe, which is the WIX compiler. This generates an object file (bundle.wixobj) in your folder.

The second line is for light.exe, which is the WIX linker. This generates the final installer (exe) based on the object (wixobj) created previously.

Because we are building a bundle, the WixBalExtension must be provided as an argument in both phases, in other cases (building an MSI, etc) this is not needed.

Once you have everything ready, double-click the makebundle.bat. This should be a quick build and, in the end, the bundle.exeappears in the folder. 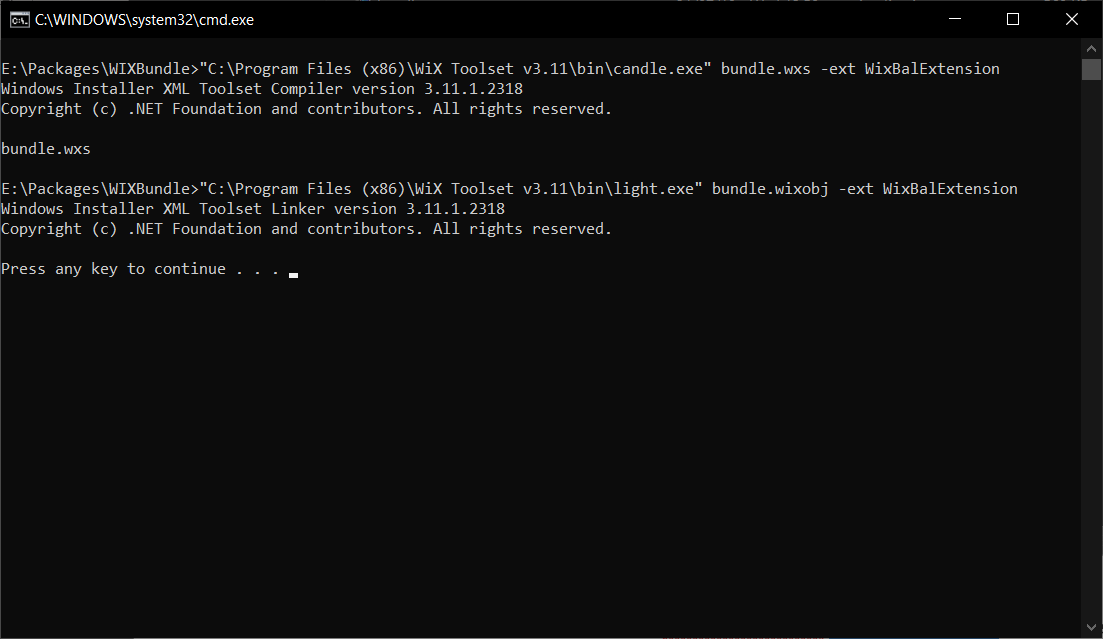 And there you have it, our own bundle created with WIX.

Double-click the newly created bundle.exe and install it. 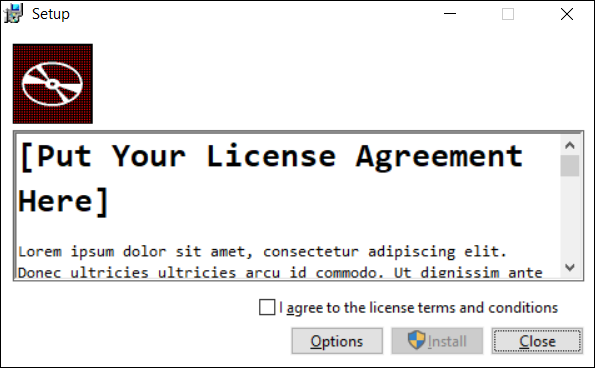 If you want to install your newly created bundle silently, you can use the q, quiet, s, or silent parameters:

We have a more in-depth article regarding creating Suite(bundled) applications using Advanced Installer that can be found here.

In this case, we’ll go shortly over the quick process that Advanced Installer offers you and its pros. Once you created a new Enterprise project and entered the product details (Product Name, Product Version, etc.), navigate to the Prerequisites page.

Once here, we can add the two example MSIs as Feature-based prerequisites like so:

The resulted bundle.exe can also be executed silent using the “/qb” parameter. For example, bundle.exe /qb

It’s no argues that WIX is a great powerful toolset.It’s made its case with complex applications released by Microsoft and other software manufacturers during the years, but it’s not meant for beginners or those that want to save time.

This is a tool for developers with a lot of Windows Installer background that know what they are doing and prefer spending their time on tweaking the installer source code, instead of the app their packaging.

Advanced Installer offers the same functionality as WIX, even more in some cases, but with its powerful and modern GUI you can create installation suites in minutes, save time on training new colleagues how to use it and it also stops you from crippling your installer with incorrect configurations.