Creating packages in other languages

The following article uses options that are available starting with the Professional edition and project type.

This tutorial will guide you step by step into the creation of an MSI package in languages other than that of the project. It is addressed to those who have previous experience in using the Advanced Installer application to create MSI packages, but only in English.

2. Add other languages to build

It is recommended that you do not add other languages until you have completed all the steps for creating your package (adding files, registry entries, etc.).

Let's specify the languages in which we want to have MSIs created.

Switch to the “Translations” page by selecting it in the left-side panel.

In the tree, select the languages you want to generate MSI packages in. Let's say Chinese Simplified and German. 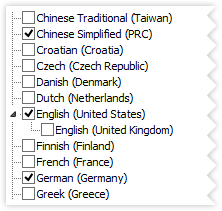 Now that you have specified the languages you want MSIs in, let's build them.

Click the [ Build ] toolbar button and a “Build Project” dialog will appear showing the build progress.

To find the created MSI packages, look on your hard drive in the folder where the project MSI is being created. The localized MSIs will be built in sub-folders, named by their language identifiers. In our case, a folder “zh” will contain the Chinese build and a folder “de” the German one. Run the Chinese MSI. 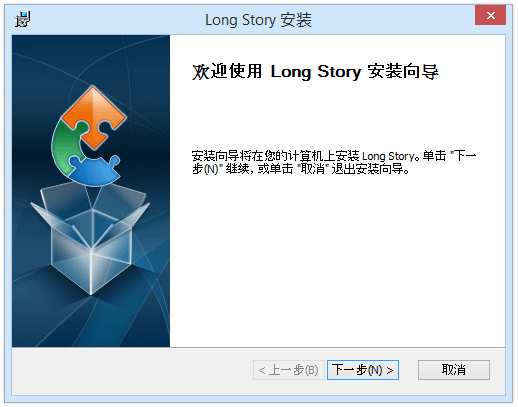 By default, Advanced Installer will attempt to translate only package elements that are specified for translation. This includes all UI strings and certain Windows Installer Properties. However, sometimes you want to translate other elements as well.

Go to the Project Strings Tab from the Translations page, click on [ Select... ] in the “Translations” group. This is the Localization Options Dialog. Let's select “Features” and click [ OK ]. 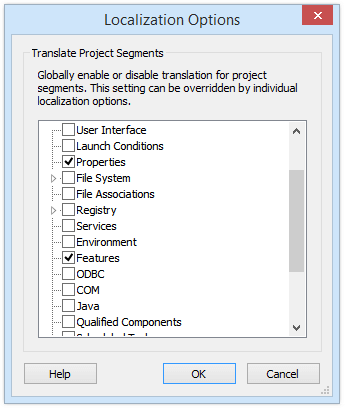 If we build again, Advanced Installer will try to translate the “Features” localizable strings; the main feature's Title and Description, but it won't have translations for them so the Localization IDs will be displayed instead.

Advanced Installer translated almost all the texts, only that in certain cases - like the product name - it just didn't have the corresponding German or Chinese string. So we have to help it with a Translation Dictionary.

There are two ways of translating project strings to a custom dictionary and including it into your project. One is using Advanced Installer's predefined editor from the Project Strings Tab -> "Project Strings" section. The other involves manually editing the dictionary file and is described in this tutorial.

Still in the Project Strings Tab from the Translations page, click on [ Create... ], also in the Translations group. The wizard will create a dictionary file containing all the strings without translation in one of the build languages.

The created dictionary will be added automatically to the translations list. Switch to the Dictionaries Tab and notice the dictionaries added to your project.

When you need to translate project strings to a custom dictionary, you can do this by editing it directly from our GUI. Use Advanced Installer's predefined dictionary editor from the Project Strings Tab -> "Project Strings".

Optionally, since the dictionary file is a regular XML file saved in the UTF-8 encoding you can also edit it with any Unicode aware editor that can save in UTF-8. Notepad on Windows is such an editor, although a fully featured validating XML editor would be preferred.

After opening the dictionary file in Notepad just translate the entries you want and comment out (or delete) the rest.

You will notice that the dictionary also contains the strings in one or more "start" languages. Those are placed there only to help you in your translation. Do not edit them, as they are being ignored at build.

Build and run the Chinese MSI again. Note how the strings were now taken from the supplied dictionary.

Translating and using a new language