This dialog displays the selected file's module dependencies with options to add these modules in the package. You can include/exclude dependencies from automatic management by checking/unchecking them from the list. 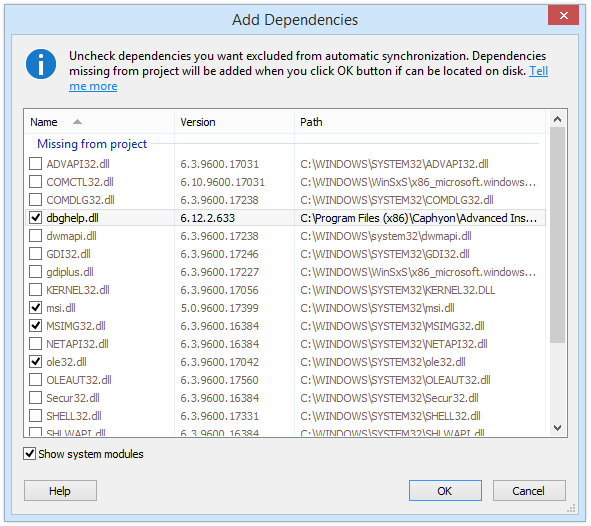 Dependencies which cannot be accessed (for example assemblies in the GAC) can only be displayed (a checkbox is not showed next to them). If you want to add them to your project you can add the package which installs them as a prerequisite or you can add them from another location.